Christmas is all about quality time and quality food. But it can be a tricky time to be vegan, what with the emotional mind-field of relatives upset that you wont be trying their “famous” Christmas dish.

Likewise, if you’re not a vegan but you’ve got a plant-based-pal coming over for the big meal, it can be quite the challenge. If you’ve never catered for a vegan before, save your overwhelmed googling and have a little scroll over our top tips for the Merriest vegan Christmas.

This ones are for those that are new to the vegan game. Vegan diets are 100% plant-based. And at the risk of stating the painfully obvious, this means only consuming foods made from plants and there’s a couple of foods you might be surprised aren’t vegan.

Check the labels on your foods and drinks to be sure. (We stock some vegan wines on Gousto Market if you need a hand) 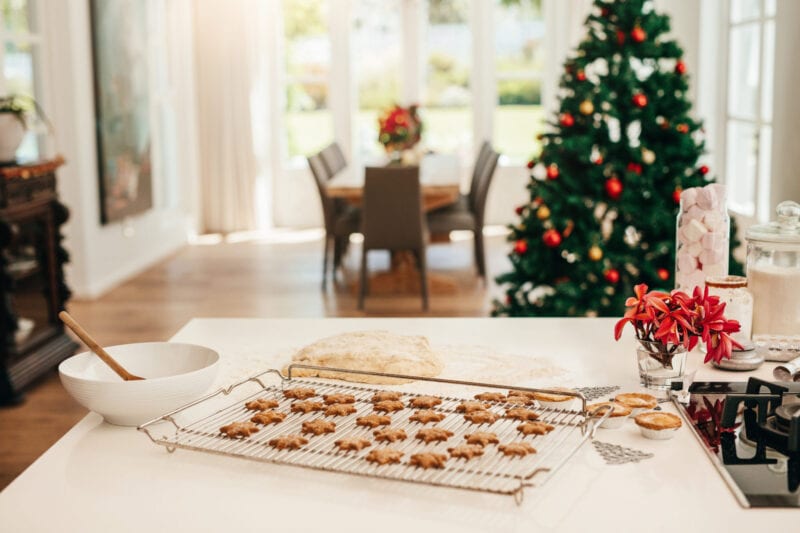 Christmas isn’t about what you spend, and none of your friends and family want you to spend all your hard earned money on them. Homemade gifts are great and it’s so easy to keep it vegan when you’re giving the gift of DIY.

Vegans usually appreciate a sweet treat, seeing as too much of their lives seems to be taken up with saying “I can’t eat that, I’m vegan”- so I’d say your best bet is cookies or brownies. Replace your non-vegan ingredients with plant-based alternatives or check out our recipe here.

With meat spreads and cheese plates being the go-to Xmas nibble. The plant-based among us can often go hungry. But why, when hummus is everyones favourite snack and it’s vegan too! Serve with some vegetable sticks and tortilla chips (or make your own crisps) along with a few other dips like salsa and guacamole. Delicious!

And if you’re feeling too tired for even that (I feel you). Check out our recipe for tasty savoury Pumpkin Seeds in the video below, for another delicious vegan snack. 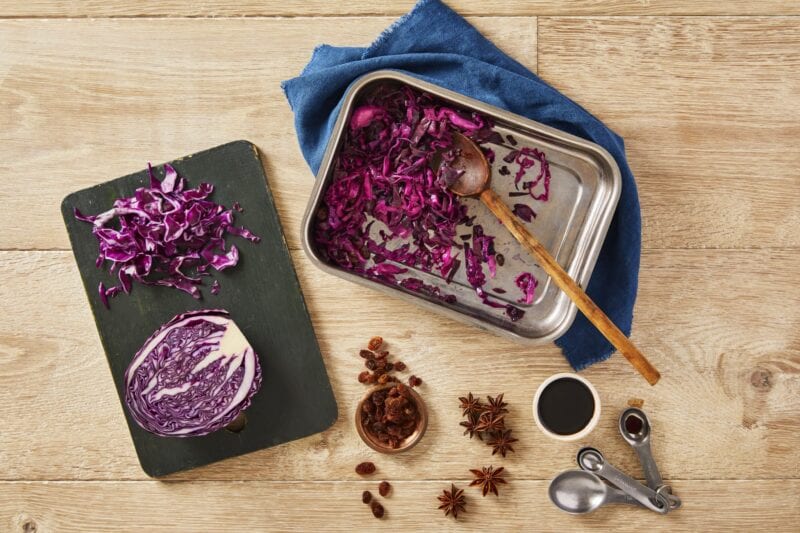 Vegans are used to living off sides after years of only being able to order off the “starters” and “sides” sections on the menu. So if in doubt, serve ’em what they know with some classic sweet potato fries. 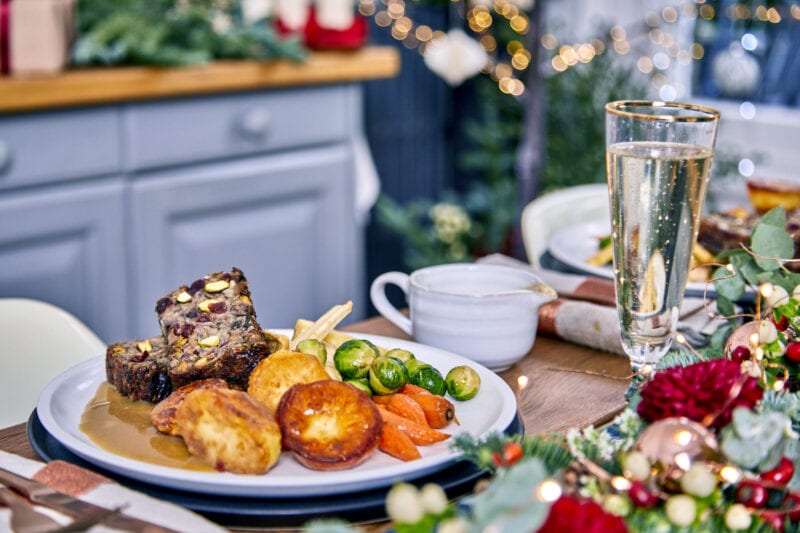 Christmas isn’t Christmas unless it’s drowned in gravy. But with a lot of great gravy recipes relying on butter and meat juices for flavour, whats a vegan to do? Well don’t worry, we’ve got you. 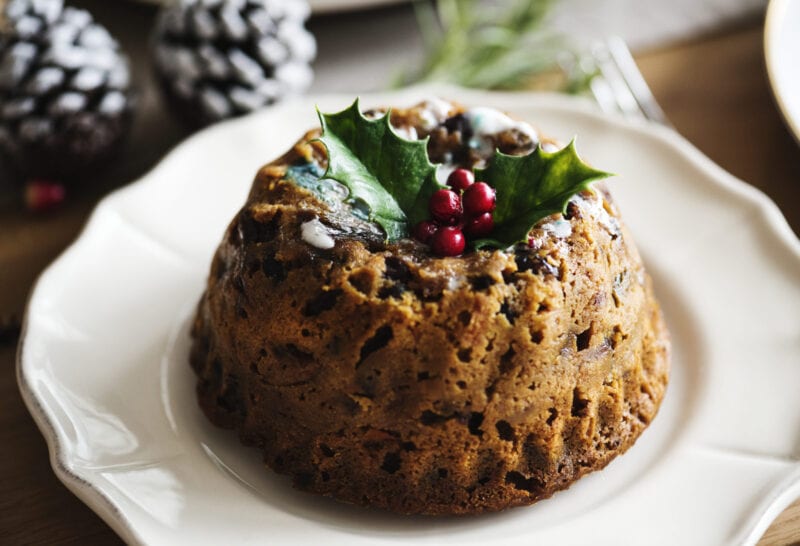 You wont hear many vegans singing “Bring us the Figgy Pudding” – because this Xmas fave isn’t vegan-friendly. Luckily nutritionist, Jessica Andersson has this tasty recipe in her arsenal…

Cream is a Chrimbo staple, and one that we can’t really ignore. We all love to drain our festive desserts with it, so its lucky that switching your classic dairy with a cashew version is easy, delicious and great for vegans.

Just soak 150g of cashew nuts overnight. Drain them, then blend with 150ml of water (or more depending on what consistency you like). Add vanilla paste and a little icing sugar for the perfect dairy free accompaniment to your pud. 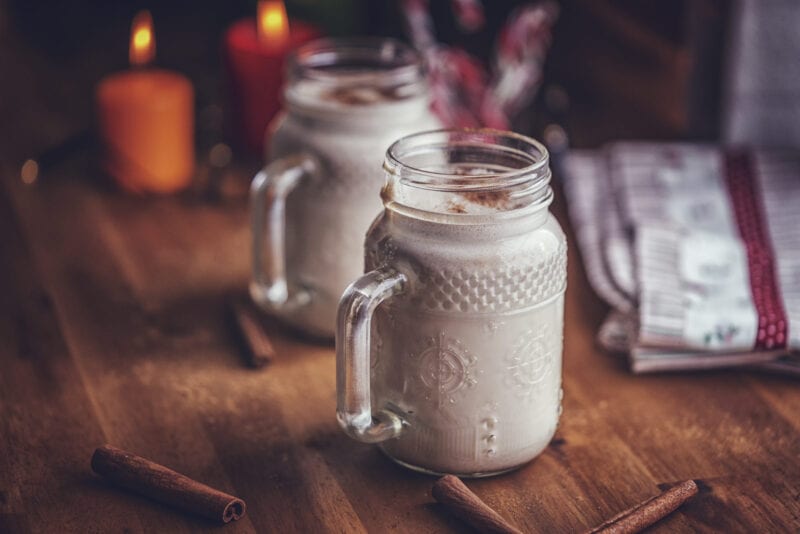 Tell a vegan you’re whipping up a plant-based eggnog and you’ll become their new favourite person. Borrow the flavours of cashew cream and blend them with bourbon, maple syrup and nutmeg for a super special Christmas treat. Here’s how:

Bring to the bubble and taste – you might fancy a bit more spice. Stir in the alcohol,  and serve in a mug!

It can feel tempting to slip into full force with Christmas flavours – spice here, winter berries there. And why not? If there’s one time a year to go all out, now’s the time.

But, don’t forget what works and is popular. All year classics like meze boards filled with Mediterranean flavours like olives and soft, warm bread can be the happiest and fastest way to please both vegans and meat-eaters alike.

If you’re hosting a vegan friend, family member or work colleague this holiday season don’t be afraid to ask them if they have any ideas they’d like to bring to the table. Chances are, they’ll have a few cracking recipes you might never have heard of that they’d be delighted to share with you. It’s also possible that they have a slightly flexible approach to their diet and are happy to make a few exceptions to the totally plant-based rule.

Equally, if you’re eating a vegan diet and you’re a guest around someone else’s table this Christmas (or if you’re heading out to an office Christmas party) make sure to flag this to whoever’s in charge of food well in advance. No one wants to get stuck with a plateful of plain sprouts on Christmas day. 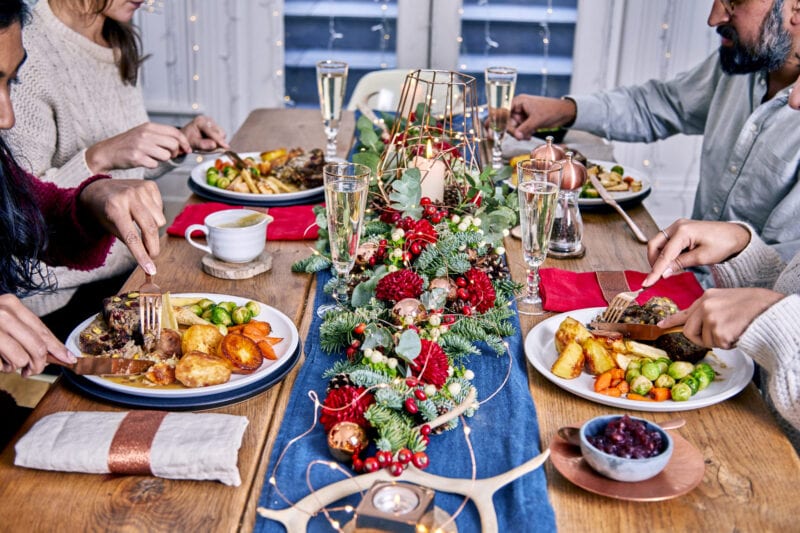 If Christmas is a time for sharing, might you find yourself inspired to give plant-based dieting a go?

Whether it’s one meal a week, or a dinner party where you can serve one of our vegan inspired dishes, let next year be a year of branching out with your dishes!

We hope we’ve left you with a bank of inspiration with these festive ideas for plant-based dieters. But if you have any top tips for vegans at Christmas we’d love to hear them. Just drop a comment below.