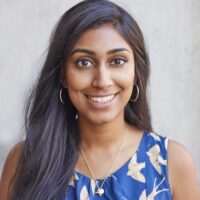 It’s pretty much mandatory to have a Christmas pudding on December 25th, but in our house, very few people end up eating it.

This quirky twist on classic chocolate yule log helps use up any Christmas pud scraps. The trick is in the chocolate. I use Terry’s chocolate orange to whip up a luxurious buttercream, but you do you.

Dinner, but not as you know it. Our big red recipe boxes will help you whip up wholesome, impressive meals no matter your skill level, with all of the flavour and none of the fuss.

From everyday favourites and ten minute meals, to global cuisines and healthy choices, you’ll have over 50 recipes to choose from each week from our menu. We’ll send you step-by-step recipes and all the fresh ingredients you need too. Just pick what you fancy for dinner, and leave the planning to us.

Related posts
This article was tagged as
christmas