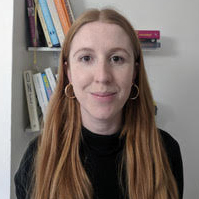 If you’ve never been to Katz’s Deli before, it’s worth adding to your next gastro tour of New York – and not just because it’s in When Harry Met Sally.

Known for their legendary sandwiches, sharp pickles, and staff that aren’t afraid to tell you how it is, Katz’s was also the setting for that scene. You know the one.

But I’m going to level with you, making real pastrami takes ages. Days, in fact. So I’ve recreated the flavours using leftover roast beef, topped with yellow mustard, homemade pickles and plenty of pepper. It might not be 100% authentic, but it’ll tide you over until you’re next in Manhattan.

8 slices of sourdough or rye bread

For the dill pickles

First make your dill pickles. Add all the ingredients except the cucumber, garlic and dill to a saucepan with 200 ml of water. Bring to a boil, stirring to help the sugar dissolve. Once boiling, turn off the heat. Meanwhile, prepare your cucumbers.

Place the cucumbers into a clean jar or container along with the garlic and dill. Once the brine isn’t too hot, pour it over the cucumbers and seal the container. These will be ready to eat once cool, but leave them for 24 hours for the best flavour.

Next, assemble the sandwich. To your slices of bread, spread a thick layer of mustard, then crack a thick layer of black pepper over the top (if you’re using pastrami, don’t add pepper). Pile high with your leftover roast beef. Add another squeeze of mustard then top with another slice of bread. Serve your pickles on the side.

Dinner, but not as you know it. Our big red recipe boxes will help you whip up wholesome, impressive meals no matter your skill level, with heaps of flavour and none of the fuss.

You’ll have a choice of over 60 recipes every week, from global cuisines to healthy choices, gluten-free, plant-based and everything in between. Once you’ve placed your order, we’ll send you step-by-step recipes and all the fresh ingredients you need too. Just pick what you fancy for dinner, and leave the planning to us.