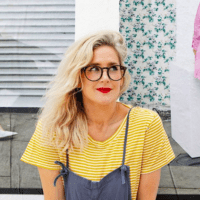 I dream of a day when my daughters won’t need to stop and think about Women’s Month, but for now, these issues are year-round problems.

The end of Women’s Month 2021 marks just over a year since the UK’s first lockdown began. All that’s followed has had a ‘devastating effect’ on gender equality, according to one report from The Fawcett Society. Mums are almost 50 per cent more likely to have quit or lost their jobs since the pandemic started than dads. By some estimates, women in their mid-30s now will never know equal pay in their working lives.

And away from the stats and reports, I’ve been heartbroken by the flood of messages I’ve had from women telling me they’ve had to step back from careers because they can’t meet the demands of their job while trying to teach and care for their children at home. And on a business level, just think of the huge loss of experience and talent. But, I also have seen some signs of hope.

For the past five years, through the Flex Appeal campaign I founded with my partner, we’ve been lobbying government and businesses to embrace flexible working for all and to use it as a way to make work fairer and more accessible for everyone.

One glimmer of light in this dark year has been the realisation that flexibility is more possible than many business leaders thought. This may not be the best time to judge flex – forced home-working in a pandemic is not really flexible working – but it has opened many eyes in business and in government, as we discussed at the recent Gousto Women in Leadership Panel. The conversations there reflected others I’ve had over the last month – an appetite for real change, an understanding of the impact Covid19 has had on women, and a renewed impetus to tackle inequalities of gender.

The fact that a brand like Gousto is willing to have these transparent conversations about what they’re doing (and what they could do more of) is a hugely positive sign, and one of the reasons I have been so happy to work with them. (The food’s very nice too).
And there are other glimmers of hope. After gender pay gap reporting was dropped in 2020, I helped launch a TUC petition that in turn helped force the government to reinstall it for 2021, so we will at least have a fuller picture of the impact of the pandemic on women’s earnings. The government is talking about flexible working becoming ‘normalised’ and it seems to me
almost impossible that we won’t find ourselves working more flexibly.

When we began Flex Appeal, my daughter was a toddler, and I hoped that the world of work may change enough for her to be able to start a career without expecting to be snatched away from her should motherhood come calling.

So what simple things can we all do? One simple step, if your employer hasn’t yet done so, is to encourage them to sign up to the EHRC’s ‘Working Forward’ pledge to commit to making their workplace the best it can be for pregnant women and new parents.

And if you are in a position of leadership: set the tone for your organisation. Let people know what you do to tackle gender inequality and hope they can help too.

The true success of Women’s Months will be the kind of equality that means they are no longer needed.