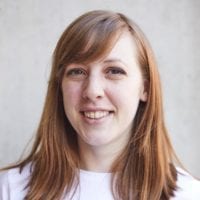 It’s no secret that at Gousto, we hate food waste.  But when some of our Mince Pie Cinnamon Rolls were accidentally left out last week, they got a little dry and I thought we’d have to throw them away. When it came down to it, I just couldn’t bring myself to chuck them out (they’re seriously just too good), so I decided to tear them up, soak them in boozy custard, bake them until golden, and re-serve them up at Gousto HQ. Turns out it was the talk of the office, so I’ve written up the recipe for you to try at home.

The beauty of this dessert is that you can adapt it to utilise your own leftovers.  Use white sliced bread or artisanal brioche rolls or absolutely any type of bread you’ve got in; tear rip or slice it up and get baking.  You could substitute mince pie filling for a handful of dried fruit, or a smear of marmalade and make use of ingredients that you already have at home.

Preheat your oven to 180C/160C Fan.  Slice the bread or rolls roughly into medium sized pieces.

Spread each slice with a thin layer of mince pie filling and stack in the dish until the bottom is covered.  Tear any leftover pieces and and squash them into any gaps.

Mix together the milk, sugar, eggs, cream, vanilla and Baileys into a jug until well combined then pour over the bread.  With clean hands push down the bread into the creamy mixture so that all the bread is soaked.

Sprinkle over the golden granulated sugar, then place in the oven for 40 minutes until puffed up and golden brown on top.