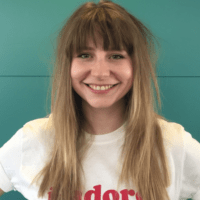 As a staple food of Italian cuisine, it’s no wonder there are so many varieties of pasta – long, short, tubes, sheets, shapes, twists, noodles, dumplings, grains, egg-based, fresh, dried, fortified, whole grain, gluten-free… Every Italian region has its own speciality pasta dish, and every town within it has its own twist with its own name.

During our limited edition Journey through Italy recipe range, each pasta shape was chosen to best show off the authentic flavours from their home region. 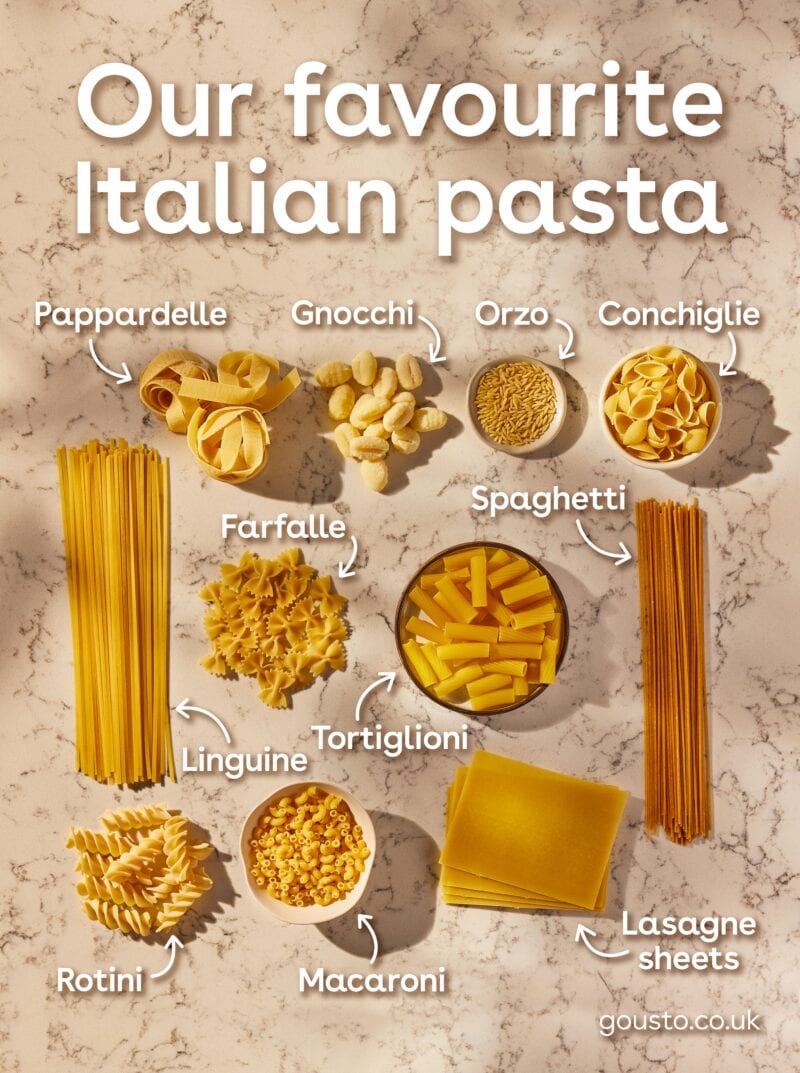 Also known as risoni, the small shape of orzo pasta and its ability to absorb liquid makes it popular for use in soups and stews.

Find it in: Chicken Cacciatore With Herbed Orzo 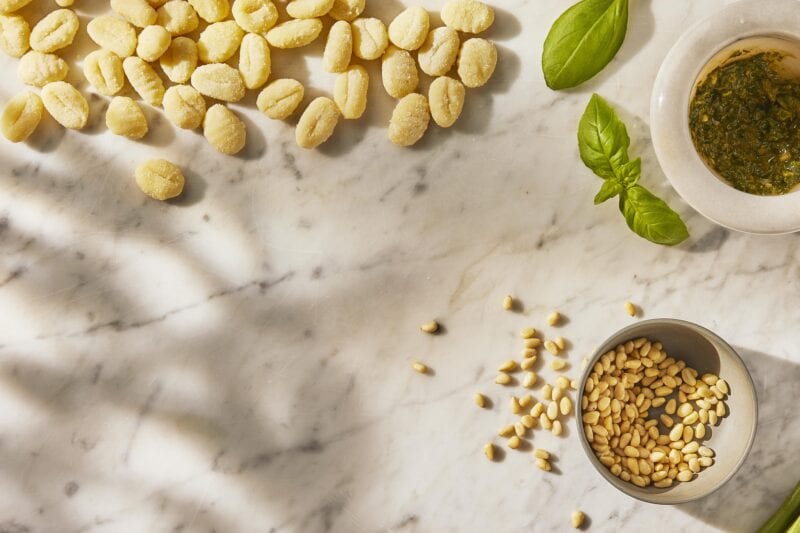 Origin: Introduced to Italy from the Middle East by the Roman legions during the expansion of the empire.

Gnocchi is the thickest pasta on the block, made with semolina, egg and potato. The dough is rolled out and cut into small dumplings, usually pressed with a fork or cheese grater to make ridges perfect for holding sauce.

Find it in: Genovese Pesto Gnocchi With Green Beans 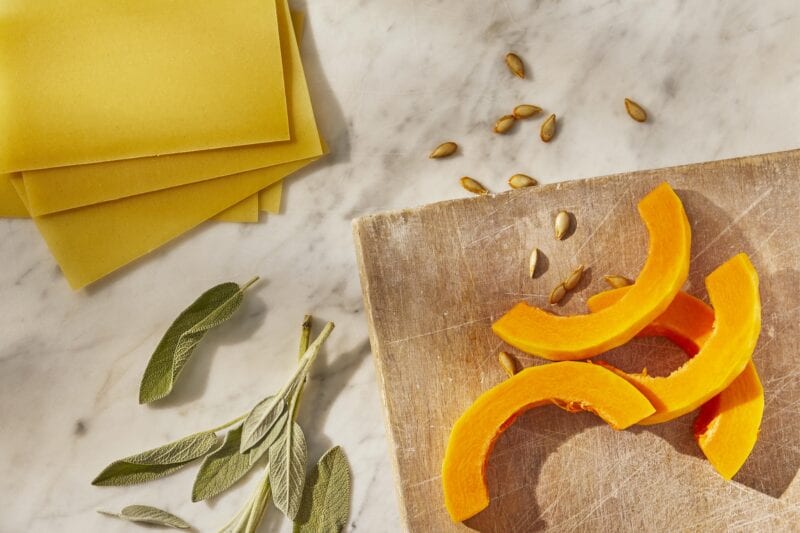 Origin: Originally from the city of Naples, but made what it is today in Emilia-Romagna.

These wide, flat sheets are probably the oldest type of pasta, stacked with layers of sauce and ingredients like meat, vegetables and cheese and baked like a casserole. 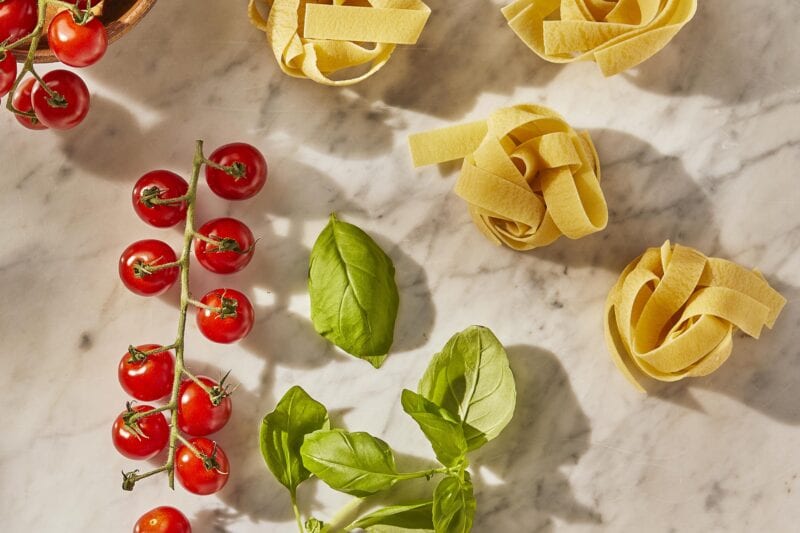 Translation: “To gobble up”

These broad, flat ribbons of pasta are perfect for pairing with hearty, meat-based sauces.

Find it in: Bolognese Ragù With Pappardelle 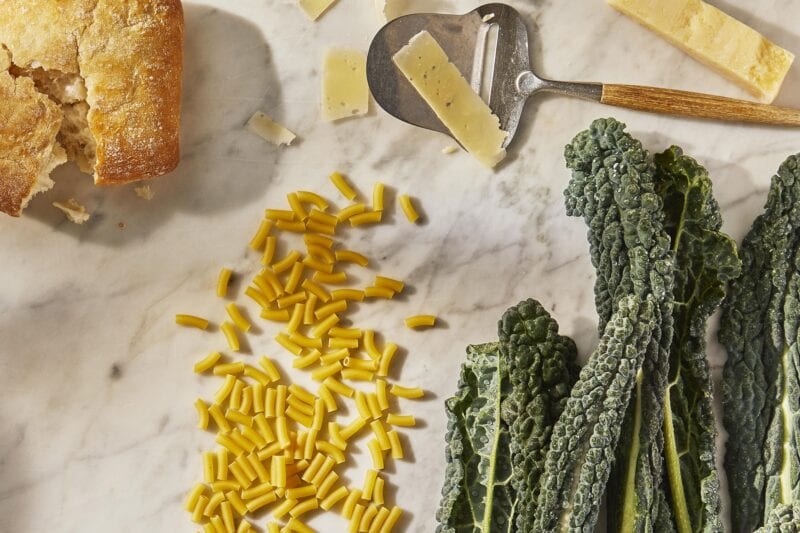 These narrow tubes of pasta are popular world wide, especially in North America and China. It’s little known that macaroni & cheese was actually invented in Britain!

Find it in: Tuscan Minestrone With Lemon & Basil 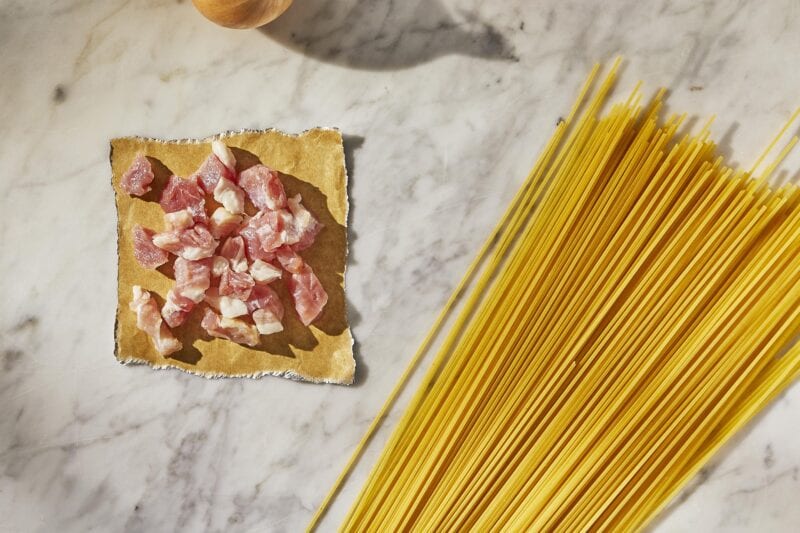 Origin: Introduced to Europe by the Berbers during their conquest of Sicily.

This long, cylindrical pasta was historically much longer than the type you see today, usually served with tomato sauce, meat or vegetables.

Find it in: Amatriciana Spaghetti With Bacon 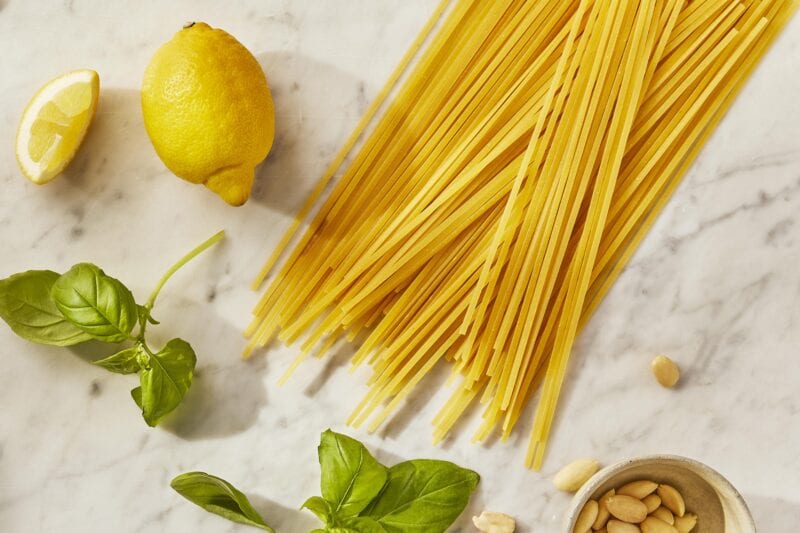 This long, elliptical pasta is wider than spaghetti but not as wide as fettucine, and often served with seafood or pesto.

Find it in: Trapanese Pesto Linguine With King Prawns 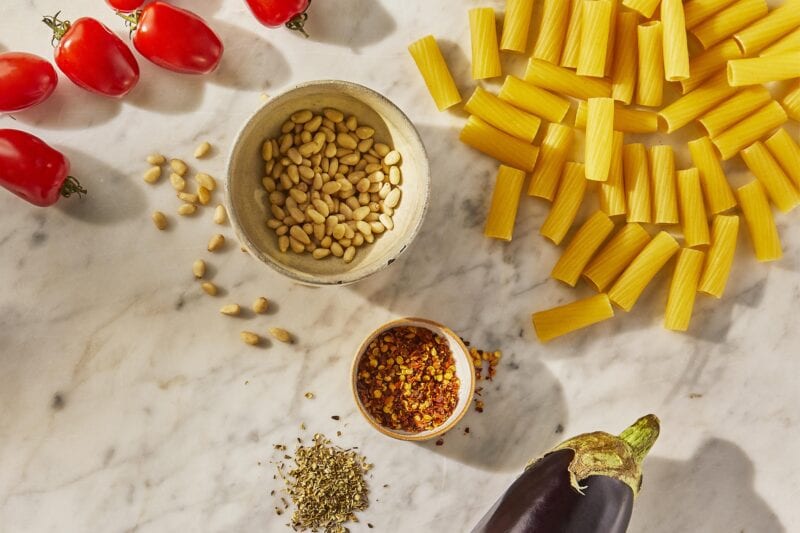 These large tubes of pasta are known for their spiraling deep grooves, which are perfect for carrying thick sauces.

Find it in: Sicilian Pasta Alla Norma With Aubergine

During this last week of our Journey through Italy we’re celebrating the stars of the show, which means you still have the chance to try one of our favourite pasta dishes from this limited edition range. Add Genovese Pesto Gnocchi With Green Beans to your Gousto box now on your weekly menu.

Related posts
This article was tagged as
Journey through ItalyItalianItaly