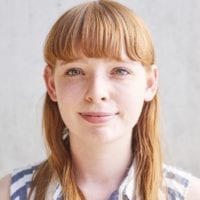 At Gousto, inspiration for our weekly menu can come from all sorts of places. When we’re thinking of what new dishes would fit well in our food boxes, we don’t just look at food trends and cookbooks, but also consider which dishes our favourite fictional characters are loving at the moment.

A recent lunchtime discussion on which fictional iconic restaurant we’d most like to visit led me to research how likely it would be to see these businesses thrive in the real world.

From Vesuvio’s, in The Sopranos to Los Pollos Hermanos in Breaking Bad, we’ve revealed 20 fictional foodie franchises that would be most likely to make it in the real world.

Our unique scoring system takes each eatery and scores them against three of their closest real-world equivalents. The success criteria includes years open, Tripadvisor reviews and Instagram hashtags to find out who would be the most likely to succeed.

Out of a possible score of 75 points, here’s how the top scoring fictional foodie franchises stacked up: