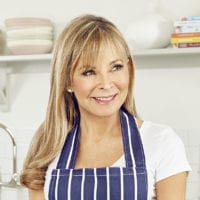 As parents, we have an important role to play in encouraging our children to adopt a healthy balanced diet. Yet, it’s so easy to feel frustrated and powerless when your child simply refuses to eat certain foods.

It’s all too easy to get stuck in a rut, serving up the same repertoire of three or four meals that you know your child will actually eat.  As a mum of three myself, I know how tempting it is to give in to a child’s demands to avoid tears and tantrums at teatime.

In fact, I wrote my first recipe book because I was at my wits end with my fussy eating son.  26 years later, this book has since gone on to sell over 4 million copies, helping families all over the world coax their little ones into exploring new foods. 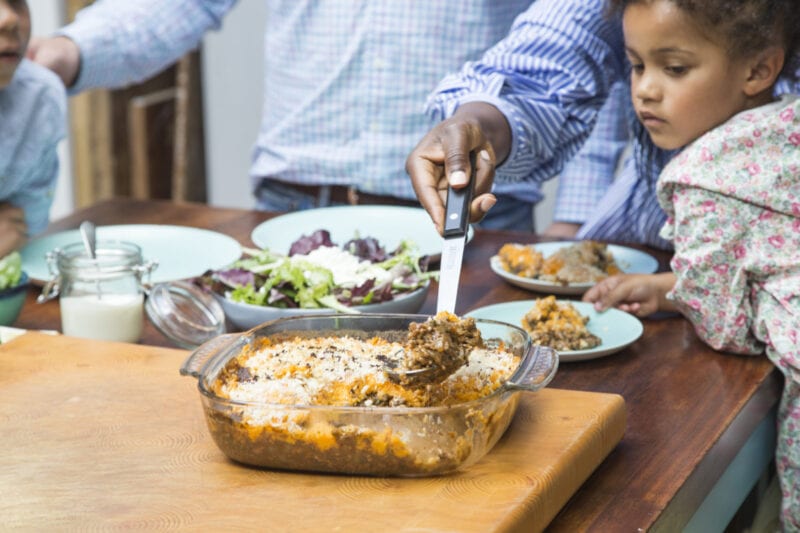 Did you know that around 90% of children go through at least one lengthy phase of fussy eating? So the good news is you’re not alone.  And while it can be frustrating when your child rejects the food you serve up, their eating habits are largely impacted by the way you manage a situation.

Eating habits and tastes are formed from an early age, so it’s incredibly important to introduce a good variety of foods at the earliest possible opportunity. This will not only make mealtimes easier for you, but will also help children get the nutrients they need for their development and long-term health.

If you’re currently coping with a fussy eater, here are some of my top tips for getting them eating the good stuff!

Whilst it’s important to show children where all those super veggies come from and help them to understand why they’re so important, if a child simply refuses to eat their veggies (particularly the “gruesome greens”), try out recipes which blend in veg such as a tomato and vegetable-based sauce for pasta, or mashed potato combined with grated carrot. It may sound simple but what children can’t see, they can’t pick out!

Avoid bags of crisps, biscuits and sugary soft drinks. Instead, try to keep a supply of healthy snacks on hand such as mini energy balls or sticks of carrot and cucumber. I’d always have a low shelf in the fridge filled with cut-up fresh fruit, carrot batons and hummus.

Without giving yourself lots more work to do, try to make their food not only taste good but look good too. Make mini portions in ramekins, or serve-up chicken and colourful veggies on straws. Children love to be involved in the preparation of food, so you could even give them the cooked ingredients to thread onto the straw themselves.

Hide and frustrations you have, and give them lots of praise when they eat well or try something new (don’t over-egg it though). Yes, this may mean that you have to ignore some of their bad behaviour and instead focus your attention on their good behaviour, but by doing this, mealtimes are likely to be less stressful and more enjoyable.

Food is one of the few things children can control, and if they can see that kicking up a fuss will get a rise out of you (or even better, pudding or a sweet treat), they’ll carry on behaving in this way. They will soon find there’s not much point making a fuss if you don’t react.

Often, our children love a small handful of failsafe favourite dishes, particularly those of us ‘blessed’ with a fussy eater, but often these recipes are less than healthy. Sometimes, all kids want is chicken nuggets, fish fingers or pizza and when routines are busy, it’s easy to fall back on these favourites because you know there will be clean plates all round!

Why not tempt them with some delicious healthier homemade versions of their favourites to give them all of the nutrition they need and tummies satisfied. For example, it’s no secret that children love chips so why not try baking sweet potato wedges and sprinkling with Parmesan instead? They are naturally sweet and baking them in the oven caramelises the natural flavour.

Remember that it’s normal for kids to go through a spate of living off ham sarnies (no butter or mayo, no salad or cucumber, just ham and white bread – without the crusts of course). If they know you’re not expecting them to eat a proper meal, it gives them a gold card to playing picky.

But be sure to try new foods yourself. Not only are you setting a good example but it gives kids an opportunity to ask questions and learn about what you’re eating. You never know, they might even want to try it themselves! And if they don’t like it, then they’ll come round. If not today, another day!

Related posts
This article was tagged as
celebrity cheffamily