When I mentioned that I was baking blondies this week, I was surprised at the number of people who weren’t quite sure what blondies were. I adore blondies. To me, they are the slightly sweeter, little sister to the brownie – the same gooey middle and the same crunchy top, but with notes of butterscotch rather than dark chocolate.

Sources tell me that blondies actually came before brownies – and I’m always surprised that they don’t have the same star-status. I’m hoping that this cracking recipe will rectify that and restore the blondie to its premier ‘easy-bake’ position. Be warned – these blondies are incredibly moreish!

Blondies begin in the same way as brownies, in that you melt the butter (rather than creaming it) before adding in the soft brown sugar and eggs. They are therefore a simple, one bowl affair. Additional ingredients are vanilla, flour and a pinch of salt. You can add texture to the blondie batter in the same way that you might a brownie – for example, with chopped nuts, dried fruit or chocolate drops. 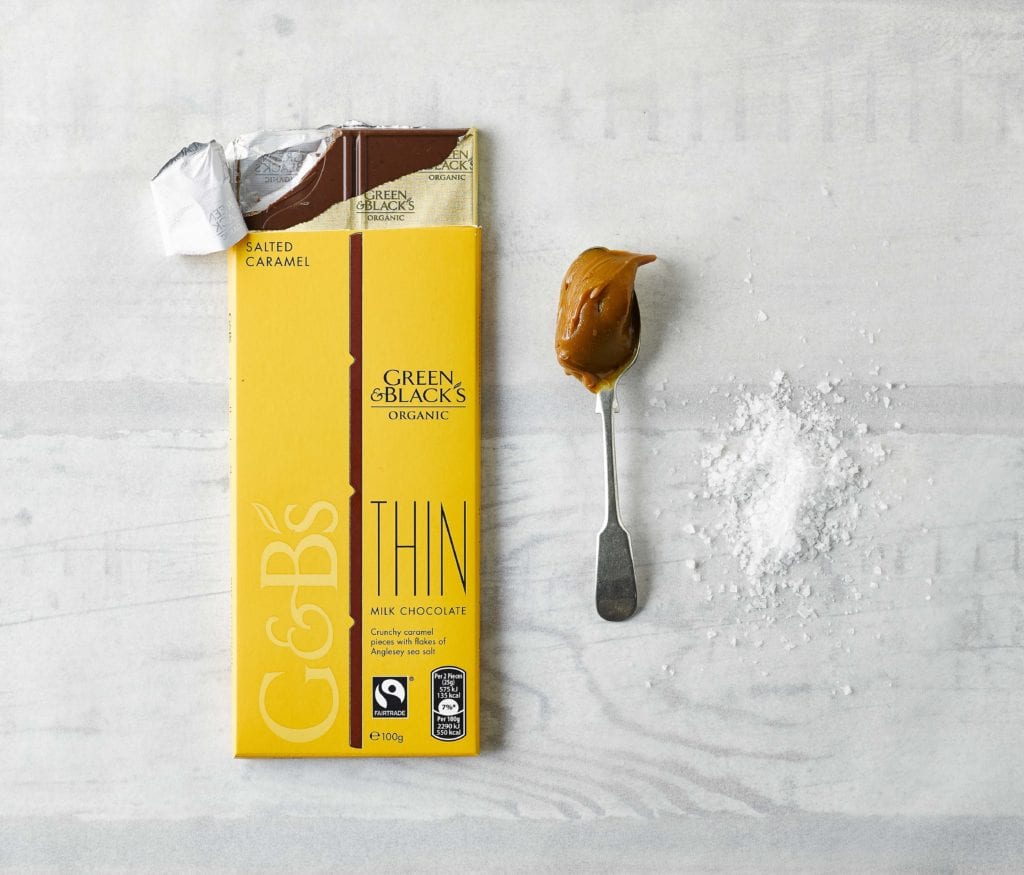 Since I’m slightly addicted to Green and Black’s Organic Thin Salted Caramel bars, I chopped up a bar and sprinkled it over the top of my blondies, swirling the chocolate in a couple of minutes after the blondies have gone into the oven. The result is a slight salty, crunchy chocolate swirl, which adds a little contrast in flavour to the sweetness of the butterscotch batter. You could do the same with any good quality dark chocolate bar. If you are a purist, however, and want your blondies to remain, well, blonde; try white chocolate instead.

The trick, when making either blondies or brownies, is not to overbake. 30 minutes should do the trick and you should still feel a bit of a wobble in the centre. Once out of the oven, as the mixture cools, you’ll get that classic gooey centre. If for any reason you do over-bake them, don’t panic. As I’ve discovered after many an oversight on time, they may just be a bit more ‘cakey’ in texture but will still go perfectly well with a milky cup of coffee, or even layered up into individual glasses with sliced banana and vanilla custard for an instant trifle.

I like to store my blondies, once cool, in the fridge. If they are not devoured straight away, they’ll last for up to 3 days, covered.

So tell me, are you in the blondie or brownie camp?

How to Make Blondies 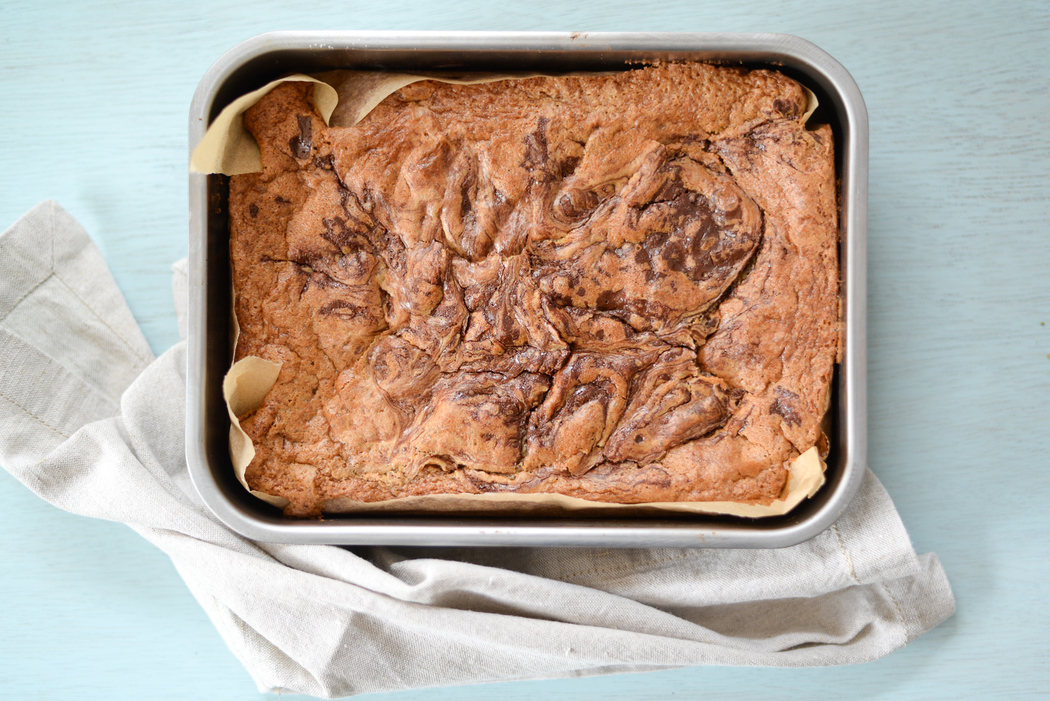 Tip: Serve warm, or cool them completely and store them in the fridge

Hi there, I’m Ren Behan and I’m a British-born food writer of Polish descent based near London. I’m a mum to three young children (9, 6 and 2) and we spend lots of time in the kitchen. I mostly write about seasonal, family-friendly food on my blog.