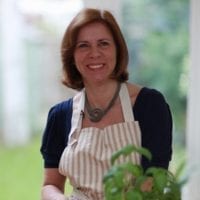 Well, we must be mustn’t we? You can’t open a newspaper or magazine without being bombarded with advice about healthy eating. Or you can Google “healthy eating” and get 77 million results!

Unfortunately, the real answer is no. While a few of us may be getting healthier thanks to the popularity of vegetarian cuisine and the accessibility of health advice on the internet, as a whole the nation isn’t getting healthier. In fact, it’s getting worse. And the greatest threat to the nation’s health? Obesity.

“27% of the adult population is now classed as obese…”

According to a 2017 House of Commons report, obesity has increased by almost 400% over the past 25 years – 27% of the adult population is now classed as obese (and another 36% as overweight). This makes the UK the 7th most obese nation in the world.

Since 1990, the number of people suffering from diabetes has doubled and Diabetes UK forecasts that this figure will rise to 5 million by 2020. The cost to the NHS of all these (and other) obesity-related conditions was estimated to be £4.2 billion in 2007 and is forecasted to grow to a staggering £8.3 billion by 2025.

The numbers are bleak, to say the least!

Oh no! Why is this happening?

Thanks to the internet, we have heaps of useful info about healthy eating at our fingertips. But our obsession with convenience at the cost of health and a bombardment of junk food advertising means that we…

Get to know your gut

Poor eating habits are a huge contributing factor to diseases and conditions like IBS – associated with poor gut health – which is also on the increase. The gut contains trillions of different types of bacteria (gut flora), which play a crucial role in digestion and the immune system.

Some bacteria are beneficial or ‘friendly’ and some potentially pathogenic or ‘bad’ bacteria. In a healthy gut the friendly bacteria dominate and prevent the overgrowth of bad bacteria, which can cause a number of health issues. Consuming too much processed food, sugar and alcohol, as well as overuse of antibiotics, can cause an overgrowth of these bad bacteria.

Part of the problem is our changing lifestyle – we all tend to lead a more sedentary life. We also don’t cook at home as much as we used to, thanks to the wide availability of convenience and ready-made food. And a whole generation of children are growing up without cooking skills. But not if Gousto can help it! Here are Gousto’s 20 reasons why kids should learn to cook.

Marketing and advertising bear their share of responsibility too. Some foods are marketed as healthy, but a look at the label shows that they’re anything but – some breakfast cereals have as much as 5 teaspoons of sugar per serving! Supermarkets frequently promote cheap, unhealthy meals and snacks with tempting displays.

In my experience, there are some people who really don’t care about their health and what they eat. And some who are confused by the sheer volume of information about food. But for many the struggle is with the lack of money or time.

For those on a low income, it sometimes costs less to buy a bucket of tasty fried chicken and a sweet treat from a promotion than it does to cook a meal at home from fresh ingredients. And if you do have the money but not the time, picking up a ready-meal on the way home from work is the easy option, rather than look up a recipe, gather the ingredients and cook a meal from scratch.

This is what makes Gousto such a great concept. By providing people with ingredients and recipes, and at a genuinely affordable price, it encourages people to cook at home without the stress of having to plan and shop.

In my opinion, any encouragement by government bodies, schools, food producers and retailers to get us back to the basics of cooking at home from fresh ingredients would be a welcome step in reversing this sad trend in the nation’s health.

Related posts
This article was tagged as
healthy eating